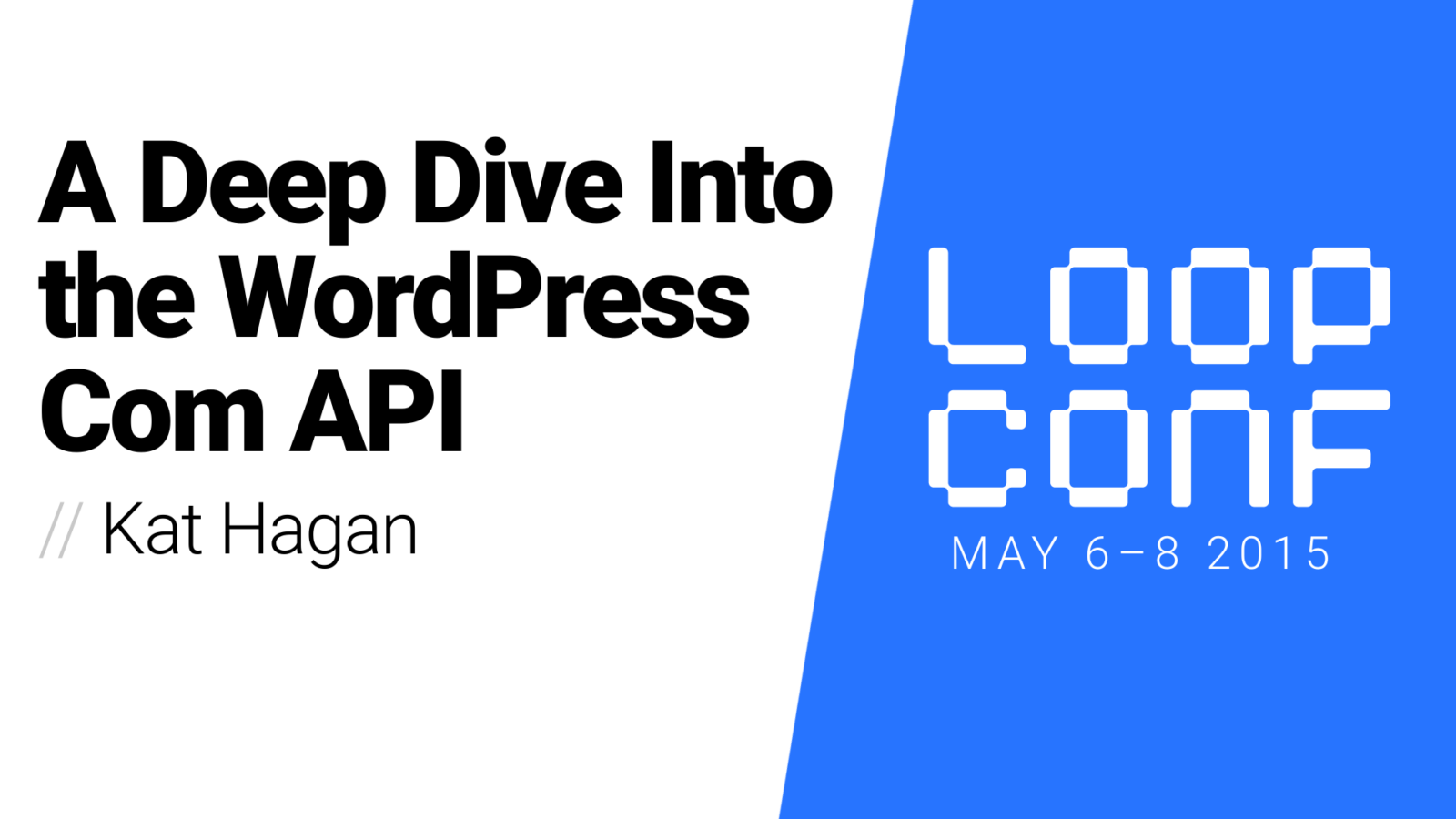 Not a member? Learn more about WPSessions memberships

A Deep Dive Into the WordPress com API

2015 is the Year of the WordPress API, with the WordPress.com API hitting version 1.1 and the WP-API plugin slated to be merged into core.

Join Kat for a quick API orientation: What are the differences between the two APIs? Which one is right for your project? How are these APIs going to evolve in the future?

She will walk through an example app built on the WPCOM API. You’ll learn best practices for writing, testing, and debugging the API.