As a four-time entrepreneur, bootstrapped and fundraised, with two sales, Jason has been writing about startups for 15 years.

Currently, he is the CTO of WP Engine, which he started in 2010, bootstrapped for two years, then raised small and then large rounds totaling over $300M, fueled hyper-growth to a unicorn with 1,200 employees across eight global offices, serving many billions of web requests daily for 180,000 customers.

Prior, he bootstrapped Smart Bear for seven years, built it to millions in profit, and sold it in 2007. It changed hands again in 2017 for $450m and in 2020 for nearly $2B and continues to create new products. Before that, co-founder of IT Watchdogs, which was also bootstrapped and profitable, sold in 2004, and is still producing its products under parent company Vertive.

He is also a mentor at Capital Factory (like TechStars or Y-Combinator in Austin) and an investor in a few companies including StackOverflow, SpareFoot, Cratejoy, Signup.com, SwimTopia, Pingboard, and Osano. 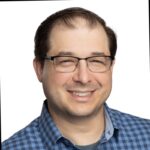