WordPress people call him Jtrip, but everyone else calls him John.

On the web, he’s a 15-year veteran WordPress core contributor. He has worked at 10Up and Automattic and has code running on WordPress.org, in Jetpack, on WordPress.com VIP, and on millions of other websites all over the world.

He helps lead BuddyPress & bbPress, and authored (and contributed to) a few dozen GPL licensed WordPress plugins. Cumulatively, they’ve been downloaded over 50 million times and the code he’s written is installed (and running pretty well) on over 100 million websites worldwide.

From April 2017 to 2019, he was an elected trustee for the village of East Troy, WI, and the chairman of the municipal Airport Advisory board.

He started contributing to open-source software projects in 1999 and everything’s been really great ever since. 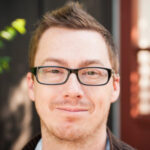