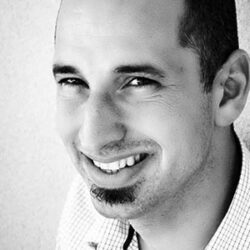 Along with his wife, he has manage a growing real estate portfolio of over 40 doors in California, Washington, and Minnesota.

He has spoken at SXSW, HOW, GigaOm’s Future of Work, International Freelancers Day, directly for companies like eBay, and numerous barcamps & smaller events. When he is not speaking, he loves to write and contribute on the topic of remote work, real estate & business to publications like Mashable, A List Apart, Zillow, and Smashing Mag.

He is heavily involved in Gov 2.0, shaping how the local government uses technology, resulting in both a Gov 2.0 Award and a couple of mayoral commendations. In 2011, with some peers, he received the distinction of “honorary bureaucrat of the highest order.”

He loves design & code and actively participate in the WordPress open-source project.