Carl will be joining us for WPSession #2: Building a WordPress Busness on July 13th, 2013.

Where can we find you on the internet? 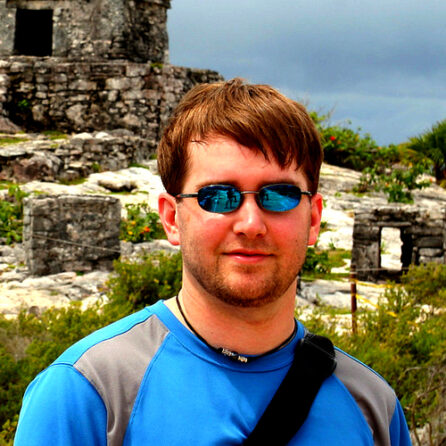 I got started with WordPress in 2008. I primarily used it to build client web sites while I was doing custom web design and development for clients. We began development on Gravity Forms at the beginning of 2009 and launched it at the end of the summer in 2009.

What resources to you turn to when you want to learn something new about WordPress?

I keep up to date about what is new about WordPress a variety of ways.  Twitter is one huge resource.  Follow the right people on Twitter and you can gain a lot of knowledge even in as little as 140 characters.

Far and away it’s extensibility. The hooks and filters that allow you to mold WordPress and bend it to your will. It’s what allows companies such as ours to exist.

What is your favorite business-related book and why?

You asked favorite, but i’m going to mention one business book that I don’t like. Tim Ferriss and his The 4-Hour Workweek. It’s great for getting you excited and pumped up to do something. But not so great at helping you figure out what that something is or how to successfully go about doing it. It was written specifically to sell books, hence the catchy title. I hate the ecosystem it has spawned with the legion of 4HWW devoted “lifestyle designers” and “digital nomads”. Building a REAL business is hard work. It’s not the vacation that The 4-Hour Workweek makes it out to be.

Be open to taking advice AND criticism from people within the WordPress community that are successful. They are successful for a reason. Don’t discount what they have to say, because they’ve been there and done that. I’ve seen a lot of that going on.

You need to be able to take negative criticism and learn from it instead of fight it. Some people seem to think they are already experts when they really don’t know a damn thing. Don’t just jump out there and think because you’ve built a theme or plugin or two that you are not a WordPress expert or that you are ready to sell themes or plugins commercially.

There are far too many people selling themes and plugins that have no business doing so and the code quality and problems they create are a testament to that. WordPress low barrier to entry is both a blessing and a curse in that regard.

Bonus Question: What is one interesting non-WordPress-related fact about yourself?

I used to work in the professional wrestling industry. Obviously not as a wrestler. Primarily internet related work, ringside photography, and at times helping with booking… or writing story lines. Although I did act as a referee for a few matches on one show and was involved in an angle at the ECW Arena, which any wrestling fan would know, which saw me dragged into the ring and basically used as a prop for the finish of the match.

I don’t miss the wrestling industry at all. It’s the worst industry you could ever work in. What they put their bodies through, including the drug use most inevitably succumb too is not worth the rewards they receive. Not to mention the politics and the constant worrying that a co-worker or friend may stab them in the back to move up the pecking order, which means more money. They usually end up broke, both physically and financially.

I was friends and acquaintances with many big names in the WCW, ECW and WWF during the late-90’s and the very early 00’s. Tragically that includes being close friends with Chris and Nancy Benoit.

The movie The Wrestler with Mickey Rourke was so accurate in it’s depiction of the industry that it could have been a documentary and not a fictional film. It really is exactly as it’s depicted in that movie.