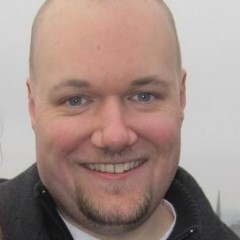 Brad will be presenting during the  Security for Developers session, which you can watch LIVE on May 31. During his presentation, Brad will teach us how to properly escape and sanitize data to protect against the vulnerabilities demonstrated by Chris’s presentation.

Check out his interview answers below.

Where can we find you on the internet?

I started using WordPress in 2006 when I created my first blog. Being a developer, there’s only so long you can use a piece of software before you want to explore under the hood. I started hacking away at some plugins and the rest is history.

What resources do you turn to when you want to learn something new?

There are so many great resources out there for WordPress. I generally just search for what I’m trying to do on Google. I also dive into the WordPress core code pretty often to really learn and understand how various parts of WordPress work. Believe it or not, I also consult my Professional WordPress books to refresh my memory on different WordPress APIs and functions. When I first started WordPress development I frequently hung out in the #wordpress IRC channel on freenode. Over time I went from asking questions to answering them. It was a great way to learn.

Tough question, but probably custom post types. When CPTs were officially introduced in WordPress core, the game changed. WordPress became a full-fledged CMS that could rival many of the other popular open source platforms on the market.

What sparked your interest in web security? How did you get from there to here?

Web security becomes a big part of your life if you’ve ever had a website hacked. I had experience with this very early on in my web development career when a site I created from scratch was hacked using a very basic SQL injection technique. The thought of losing everything you have worked so hard to build should scare anyone into wanting to be more knowledgeable about web security and how to prevent hacks and exploits.

Get involved! Attend local meetups and WordCamps. Interact with the community. Talk to other users, developers, designers, really anyone that is doing what you want to do. The WordPress Community is so open and friendly, everyone truly wants to help each other, and is very open to doing just that. Reach out, you’ll be surprised at the response you’ll receive.

What is one interesting non-WordPress-related fact about yourself?

I joined the United States Marine Corps right out of high school and became a Marine Corps computer programmer. I did one tour in Kuwait and Iraq in 2003 for Operation Iraqi Freedom. During that time I actually programmed in a wartime environment with a gas mask on. I’ve had that skill listed on my resume ever since. 🙂 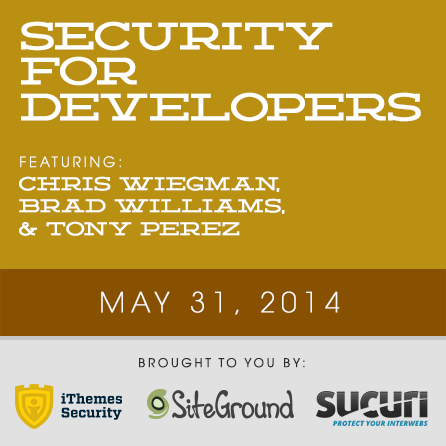 If you want to see Brad present on sanitizing, escaping, and validating data, get your event ticket today!