If you follow @WPSessions on twitter (and, really, you should), then you saw “The Great Big Give-Away” winners announced the day the contest was over:

Thrilled to announce that @dkinney is the grand prize winner of the #WPS2WCSF give-away. Now on to our three runner-ups!

And here are the three #WPS2WCSF winners of the full-year membership to a site of their choice: @MichaelBeil, @pixel_happy, & @_middlesister

It took quite some time to collect all of the details I wanted for this blog post because, as it turns out, it’s really hard for anyone to decide which education site is the best place to dig-in and invest yourself for a whole a year.

To recap, here are the prizes that were offered to 4 VIP members drawn at random:

After much deliberation, our winners have all decided where they wanted to plant themselves. I sent them all a few interview questions so that you can learn more about them and, for the runner-ups, which sites they chose and why. 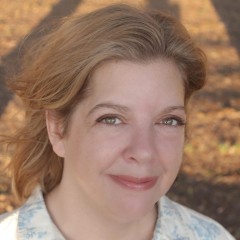 Diane Kinney is the Creative Director and co-founder of The Versatility Group, a full service firm providing websites and other online solutions for 15 years. She is an award-winning designer focused on WordPress design and development, graphic design, and marketing services. In her previous corporate life, she led large scale application development projects, managed multi-disciplinary teams, and oversaw Operations including marketing, customer service, and business development. She gets excited about applying the lessons from her diverse background to web and marketing projects.

After a very successful stint in the corporate world, she took the plunge and started her own business providing consulting, marketing and web design services around 2002. In 2007 she had her client with a WordPress blog. As WordPress evolved, Diane and her team focused on it as their tool of choice. In her own words, “I like projects where we are solving real problems, with a strong focus on business goals, processes and marketing. In addition to being a designer and developer, I have significant experience running both large operational teams and application development teams and that gives me some unique skills to offer clients.”

What is your favorite thing about WPSessions so far?
I enjoy seeing people I know or have admired share their knowledge. We all have a tremendous amount to learn from each other.

What is one specific thing you want to learn in the next year?
My greatest interest is in best practices. There are millions of code snippets and tutorials, but I’m interested in the best way to achieve results from code standpoint, i.e., don’t write a new query, modify the loop, or this method is outdated or performance heavy. I’m also interested in plugin development and the newer developments tools like Grunt. I guess that’s not one thing!

What would you tell someone who’s on the fence about getting a VIP membership?
Get a VIP membership because you are supporting a growing business that is bringing the best of the WordPress community to you in a convenient format.

Prize: One Year Membership to Treehouse 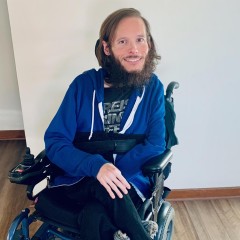 Michael Beil is from Belleville, WI. He spends most of his time working on the web, playing music, and drinking coffee. He also wants you to know that his last name is pronounced “bi-el”, as in “liver bile.”

What is your favorite thing about WPSessions so far?
WPS is a great way for me to digitally connect with various leaders in the WordPress community, further sharpening my skills.

What is one specific thing you want to learn in the next year?
NodeJS. Ok, not really. I really want to learn how to make my workflow more efficient.

What would you tell someone who’s on the fence about getting a VIP membership?
Just do it. You won’t regret it. Brian has only the best people on WPSessions. 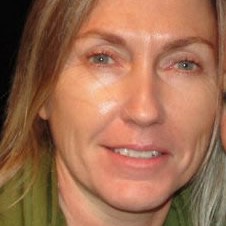 Yael is a life-long student who loves to learn. She studied Economics and International Relations while in college, and POLS/Public Administration in graduate school. She then took it upon herself to learn about design and development. Additionally, Yael is a certified yoga teacher and intends to open a donation-based yoga studio soon!

In fact, Yael opted to invest her $350 membership prize money into yoga instruction in order to increase her own hours-based certification level for opening and running her own studio. How cool is that!?

What is your favorite thing about WPS so far?
I have learned so much the last 5 weeks. I’ve incorporated WordPress security into my design packages (I was kind of ignoring the security threats before listening to the security webinars) and started using Exchange (again, because of the eCommerce webinars). I love that the webinars address both site owners and developers.

What is one specific thing you want to learn in the next year?
Well, I’m really working on improving my coding skills, but my biggest need is learning how best to manage client relationships, how to set beneficial boundaries with clients, and how to price.

What would you tell someone who’s on the fence about getting a VIP membership?
First, the VIP membership is a great savings versus a month-to-month payment. It also helps you commit to the learning opportunities that will be on WP Membership each month. I am committed to learning as much as I possibly can over the next year from those who have excelled and succeeded in the WordPress community. Surrounding yourself with those more skilled and successful will help improve your own set of skills and practices, which will naturally bring more success to your business.

Prize: One Year Membership to Lynda.com 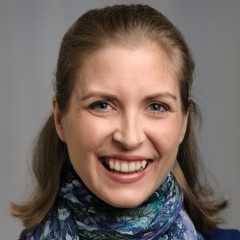 Karin is a mostly self-taught digital aficionado with her feet firmly planted in the analog world. In a way, she is addicted to learning in whichever field she finds herself. She claims that this, combined with her perfectionism, can be both a weakness and a strength (but she’s working on making it more the latter than anything else). Karin is Swedish with a background in performing arts.

Karin chose Lynda.com mostly because of how well it will fit in her current schedule. With a new baby, she doesn’t have large blocks of time to dedicate to herself. The bite-sized chunks in their courses, paired with the ability to watch videos on a tablet – even while offline – is what she finds most appealing.

What is your favorite thing about WPS so far?
The expertise and generosity of the presenters. They really know what they are talking about and are willing to share their knowledge with us.

What is one specific thing you want to learn in the next year?
Multisite. Managing a site network and bending it to your will, both from a developer and site manager’s perspective.

What would you tell someone who’s on the fence about getting a VIP membership?
It’s an incredible value for the money. For less than going to an actual conference, you get a wide variety of topics presented by experts in their field, plus the ability to ask questions and get them answered live. All while not having to travel anywhere. This is great for Europeans like myself that rarely get to WordCamps in the US.

Drop your comment below and join me in congratulating each of these awesome people.

I have truly enjoyed giving each of these gracious winners their gifts and am thrilled to have created this opportunity. I can honestly say it won’t be the last time WPSessions hosts a give-away like this (and odds are fairly good that existing VIP members will be included in future drawings as well, in case you’re holding out). So, if you’re on the fence, now would be a good time to join the VIP program 🙂

One reply to ““The Great Big Give-Away” Winners Announced”